What is the gall bladder? 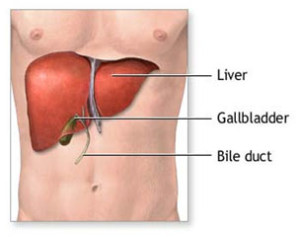 Gall stones are commonly formed as a result of three abnormalities; at times more than one abnormality can co-exist. 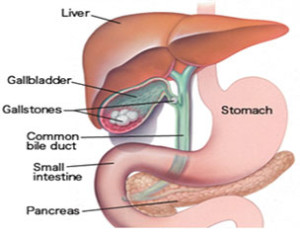 What are the symptoms of gallstones?

Gallstones often cause no problems. Many of us may have gallstones and not know it. Up to 20% of older adults in the UK have gallstones, yet only 2% to 3% develop symptoms. However, once gallstones do cause symptoms, the chance of further symptoms is high. Surgery to remove the gall bladder is considered once gallstones have caused symptoms. A watch and wait policy may also be adopted, if the initial attack was mild and uncomplicated. The size and number of gallstones have no relation to the onset or severity of symptoms.

An attack usually occurs when a gallstone blocks the out flow of bile from the gallbladder. With increase of pressure within the gallbladder, steady pain develops in the right upper abdomen that increases rapidly and lasts from 30 minutes to several hours. The pain may also be felt behind the breastbone, in the back near the shoulder blades and to the right shoulder. This is called biliary colic and often follows a fatty meal. Such symptoms can sometimes be minimised by eating small low-fat meals. If you do experience an attack, it is helpful to restrict intake to clear fluids and take some painkillers till the attack settles.

Other attacks may be caused if stones move out of the gallbladder into the bile duct. Blockage of the bile duct can cause severe pain, inflammation, jaundice and infection. One of the common organs to get inflamed is the pancreas. This can cause pancreatitis and is a potentially serious complication.

Diseases of the Bile Ducts

Cholangitis is infection of the bile ducts. This is usually associated with a partially or completely blocked bile duct system (biliary system). Patients with cholangitis become unwell very quickly and if remedial treatment is not forthcoming, deteriorate rapidly with life threatening complications. Treatment usually requires hospitalisation with intravenous antibiotics, supportive care and drainage of the bile ducts. Drainage of the blocked bile duct system can be achieved endoscopically (with ERCP and stenting) or percutaneously (drainage under radiological guidance via a drain inserted through the skin, into the liver). Surgery is rarely required to drain the biliary system.

Choledocholithiasis – Stones in the bile duct

What investigations may I need?

Your doctor will probably suspect gallstones because of your clinical history. Because the symptoms of other conditions can resemble those of gallbladder disease, finding gallstones does not necessarily mean that they are responsible for your symptoms.

There is no blood test that can identify gallstones. Blood is tested to determine if there is any infection, blockage to the bile duct or inflammation of the pancreas.

An ultrasound scan is an accurate and easy test to examine the gallbladder for stones. Ultrasound is usually the first choice because it is completely non-invasive and involves no exposure to radiation. An ultrasound can easily miss stones hiding in the bile duct. 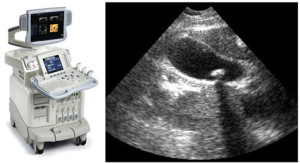 Magnetic resonance cholangiopancreatography is a technique used for viewing the gallbladder, bile ducts, and the pancreatic duct. During magnetic resonance imaging (MRI), strong magnetic waves are used to excite hydrogen atoms in the molecules of water in your body. This causes the nuclei of your hydrogen atoms to align. These hydrogen atom nuclei emit radio signals when they return to their natural alignment following switching off of the strong magnetic field. These radio signals are used to build a computerised image that shows differences in body tissues based on the amount of water in them. This enables extremely clear and detailed pictures to be obtained of the gallbladder, bile ducts and pancreatic ducts. MRCP is an outpatient procedure that involves lying still in an MRI scanner tunnel. Some people who suffer from claustrophobia may find this difficult. The entire experience should be over in less than 20 minutes. Having MRCP does not expose you to radiation and is a very safe procedure. You will not feel any difference when the magnetic field is on or off. It requires no contrast medium to be injected in to you for the procedure, unlike some other techniques. However, because MRCP uses a strong magnetic field, people with some types of metal objects in their body cannot have this test. Therefore please ask the centre performing the scan for advice if you have any of the following inside your body: 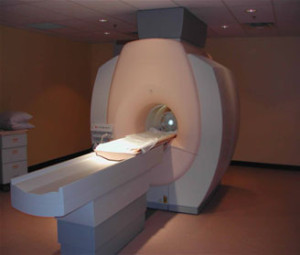 This test utilises numerous X-ray images to build a composite image. It is less accurate however in diagnosing gallstones compared to an ultrasound scan. Its utility is in the ability to detect growths and other abnormalities in the liver, gallbladder, biliary system and pancreas. 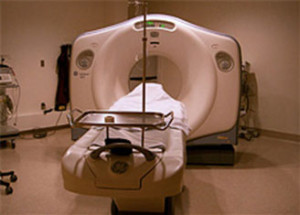 This is a test in which a harmless radioactive dye is injected into a vein the patient’s arm. This marker is absorbed by the liver and then passed on to be stored in the gallbladder (much like bile). The flow of this radioactive marker can be traced by a special camera. The test is useful to assess the function of the gall bladder and bile duct, and measure the flow of bile.